The Manley Vari-Mu is a modern classic. During its heyday in the 1990s, it was estimated that around 90% of all recorded music passed through a Manley Vari-Mu at some point. Described ‘pouring sweet cream on a mix’, this stereo tube compressor is hard to beat for a final coat of polish.

In terms of box tone, the Manley Vari-Mu imparts a warmth, excitement, and roundness to anything that passes through it. A lot of mastering engineers, myself included, barely compress with the Manley Vari-Mu, instead using it as more of a final amplifier. The saturation that comes from pushing the input tubes brings tracks to life like nothing else.

The compression action itself is slow and graceful, gently massaging the track into place, even when the needle is barely moving. The knee is very soft, responding dynamically to incoming audio, gently squeezing it into shape like clay. The whole compressor is highly program dependant, with the manual admitting all values – threshold, attack, release – are approximate, as they all vary depending on the audio being passed through it.

While mostly used on the master bus or in mastering, the Manley Vari-Mu is often found in parallel on a drum bus, acting in limit mode. In this capacity it helps to give drums a satisfying girth and solidity, as well as lending a larger-than-life quality to transients. Every now and then, engineers have used the Manley Vari-Mu on vocals to contribute to a soft, velvety quality.

Set to modest levels, the Manley Vari-Mu is actually remarkably clean. But to run it clean is to miss the point of having it.

Why is the Manley Vari-Mu useful?

In mastering, the Manley Vari-Mu is principally useful as a sort of mix finaliser, the last step in the chain before hitting the AD converters. It has a magical ability to tie everything together, add a mysterious gloss, put everything in its place and generally make the track sound finished.

It’s common to push the input to saturate the tubes and back off the output tubes to compensate. But with the massive amount of gain on offer, the Manley Vari-Mu is also perfectly suited to clipping AD converters. I regularly pull the output stage up until the lights just blink red on my Crane Song HEDD.

History of the Manley Vari-Mu

The Manley Vari-Mu is essentially a modern version of the infamous Fairchild 670. Also a tube-based vari-mu compressor, the Fairchild 670 was often used as a mix finaliser in the same way as the Manley, most famously on The Beatles’ albums recorded at Abbey Road. But with relatively few produced, finding a Fairchild became almost impossible, and if you did find one, you’d usually have to pay around $25,000 for it.

The Manley Vari-Mu filled the same gap, but with more flexibility – the Fairchild 670 had fixed attack/release times rather than the Manley’s variable attack and switched release. First introduced in the 1990s, the Manley Vari-Mu quickly became a fixture in every high-end recording, mixing, and mastering studio.

Nowadays, there are plenty of Vari-Mu units on the market. But the Manley remains the standard. Newer units get talked about more, but there are undoubtedly more Manley Vari-Mus in serious racks than any other vari-mu.

Interesting features of the Manley Vari-Mu at Old Cottage Audio

Over the years, various mods became common on the Manley Vari-Mu, so much so that newer units have them built in as standard. My unit dates from the mid-2000s, meaning I had to add the now ubiquitous sidechain filter in myself. This mod adds a switchable 6dB/octave high pass filter at 150Hz into the sidechain, making bass content invisible to the compressor detector – meaning, for example, that kick drums won’t pump the compressor, instead passing through.

Like most mastering engineers who have the sidechain filter on their Manley Vari-Mu, mine is almost exclusively left set to ‘on’. 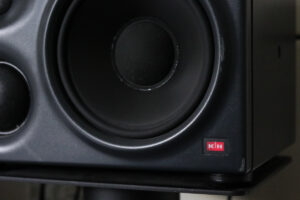 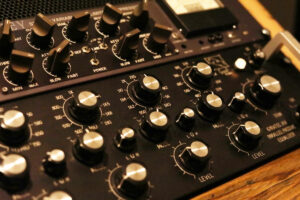