The Custom Audio Germany HDE-250 is a traditional main mastering EQ. Ostensibly a clone of the Sontec 250 – arguably the first centrepiece mastering EQ in history – this handmade, custom unit has attained modern classic status all its own, becoming a near-standard in contemporary analogue mastering racks.

What does the Custom Audio Germany HDE-250 sound like?

The Custom Audio Germany (CAG) HDE-250 falls under the ‘clean analogue’ bracket. It imparts no discernible colour. Instead, it is a precision tool that offers the kind of EQ flexibility you would expect from a plugin, but with a forgiving musicality that’s still difficult to replicate in the box. Using the CAG HDE-250 often feels less like EQing and more turning instruments up or down. Boosts and cuts sound so natural it feels like the mix was always like that, even when radically altering the frequency curve.

And although it doesn’t have much of a ‘tone’, it would be wrong to say it doesn’t have a sound. The faceplate describes the CAG HDE-250 as a “hi definition equalizer”, and it’s not wrong. There is something very “HD” about the CAG HDE-250. A precision and focus that exposes the smearing present in even the best EQ plugins.

Why is the Custom Audio Germany HDE-250 useful?

The CAG HDE-250 is a classic main mastering EQ. It’s parallel topology, and comprehensive overlapping frequencies allow for astonishingly precise – and often counterintuitive – moves such as boosting and cutting the same (or near enough) frequencies. I often find myself making moves on the CAG HDE-250 that would never occur to me on a plugin, using a mouse rather than physical knobs.

It can easily be the only EQ on a master. But it is equally happy performing the odd nip and tuck when broader tone shaping is done with another EQ. For example, I’ll often use my DAV BG3 or Gyraf Gyratec XIV to pull the mix where I want it to be, and use the CAG HDE-250 to make more detailed, complementary moves.

In essence, this kind of EQ is a mastering engineer’s main tool of the trade. More coloured units might inspire more gearlust, but the CAG HDE-250 is the real workhorse. If I could only keep one unit in my rack, it would be this.

The first parametric EQ, the ITI ME-230, was jointly designed by George Massenburg and Burgess Macneal. Massenburg would go on to form GML, Macneal founded Sontec.

While GML has an outstanding reputation, it’s the first Sontec design – the 250A – that cemented itself as the standard for main mastering EQs. But although Sontec 250s are still in production, and lavishly praised for their sound, they have a mixed reputation for build quality. This led to a shadow market in Sontec clones.

Steffen Mueller’s CAG HDE-250 is widely considered one of the best, if not the best, Sontec clones; forging a reputation as a modern classic of its own. Especially given the high degree of customisation offered by Mueller, who builds each unit by hand.

My CAG HDE-250 features switchable transformers. The input Lundahl can darken the sound and slow the transients, while the output Carnhill can add sparkle and bite, with a subtle brightening effect. These can be used to add colour when the Gyraf would be too much, but the base HDE-250 sound is too clean.

Most interesting is that mine is the first HDE-250 with this faceplate colour. It was also the first to feature orange LED buttons – something Mueller suggested while building as he felt they complemented the faceplate! 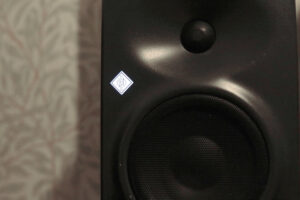 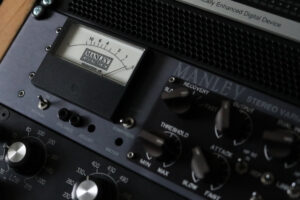